Originally I just wanted to watch some old anime, but apparently they turned out to be lost. This snowball into me trying to find other pieces of animation only to have similar results. So instead of being disappointed I went with researching, and putting a few lost anime titles together into a single post. Hope you enjoy a light history lesson on anime! 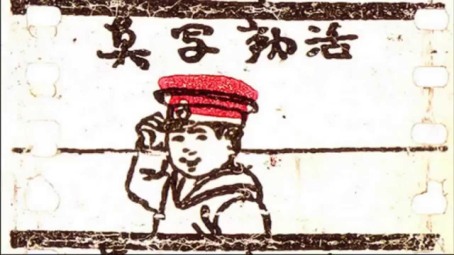 The idea of seeing the earliest pieces of Japanese animation I’ve been told is a novel idea. I don’t think so since I like seeing how far any country’s filmmaking techniques have advanced either in live action, or in the realm of animation. Often time that’s difficult to do since film preservation wasn’t a priority during the early 20Th century, and old film reels weren’t properly cared for. Importance pieces of history are lost, like Vigathakumaran which is considered to be Malayalam first feature film, and King Kong Appears In Edo considered to be the first lost Kaiju film. So you want to know why I was unable to see a lot of these early animes?

In 1923 the Great Kanto Earthquake with a magnitude of 8.3 happened which dealt the most amount of damage to Japan pre World War 2. Needless to say the amount of destruction it caused was devastating. If that wasn’t enough there’s this little incident that happened later called World War 2. Japan had two atomic bombs dropped in the country; one in Nagasaki, and the other in Hiroshima where some of these films were kept. Because of these two incidents, less than 4% of Japanese films before 1945 are currently know to have survive. Resulting in over a dozen of the earliest made animes being lost with no existing prints of them being known.

One noteworthy lost anime title is one that premiered in January 1917 in Japan. No information, not even a title of it exist anywhere. Simply some sources whose credibility are questionable suggesting a anime premiered earlier than any other known at the time. This pdf file about 1917 anime would suggest the existence of something older than Dekobō shingachō ‒ Meian no shippai premiered beforehand. Given the fact the short film Katsudo Shashin has no confirm evidence suggesting it’s the oldest piece of animation according to author Jonathan Clements. This unknown film, assuming it actually still exist, could be the earliest known piece of Japanese animation. Discounting Katsudo Shashin that is.

So early 20Th century anime history is lost to time. It’s a shame, but there’s no helping it. In doing so, I went ahead to try to find another important piece of anime history I could witness. Leading to into the discovery of this entry. Animation during the 1920s incorporated Benshi; Japanese performers whom provided live narration for silent films. It’s because of this that animes from the 1920s are difficult to follow when viewed today. In 1927, America released its first feature length talkie film titled The Jazz Singer, and somehow this encouraged Japanese film companies to start making them too. I wasn’t able to find any information, or article going into detail on how The Jazz Singer influence Japan other than that broad statement.

In 1931, Japanese film studio Shochiku released Madamu to Nyobo credited for being Japan first talkie. With the finical success of that movie famed anime director Kenzo Masaoka was commissioned to work on talkie film in anime. Working on the film for a little over a year, and since the profession of voice actors didn’t exist. Masoka casted well known actors at the time to help make the film a success. Thus, Kenzo Masaoka is credited for making the first anime talkie.

Just like the previous entry there are no known prints to have survive of this film. Other the one still which I can’t find any information on how it was discovered. There’s no information on how it could have possibly been lost to time. Considering the atomic bombs incident in Nagasaki, and Hiroshima it’s safe to say it’s probably due to that. So yes, the first anime talkie, and technically performances from the the first Seiyuus are lost to time as well.

So Ashita no Joe is one of my favorite manga of all times so you can imagine how the discovery of this peaked my interest. Bad news being it was a 3D animation only being shown to the mangaka of Ashita no Joe, and Hajime no Ippo along with a few other people. There’s some untranslated trivia on chapter 818 of Hajime no Ippo that shows Ippo winning. That’s about as much as I could gather about this since there’s not much information on it other than what’s on the Hajime no Ippo wiki. There were other blogs I found that talk about this, but almost all regurgitated the same information. From the stills, the 3D looks pretty poor, but I wouldn’t mind seeing it as a a huge Ashita no Joe fan. Why it hasn’t been release is up in the air.

Once again, little information on this one. Other than the fact there’s a teaser trailer for the movie I wasn’t able to find any other information on it. Not even any official promotional material has been made available assuming it went into production. Toei Animation was apparently handling the animation since in a 2007 pdf file La Rose de Versailles Toei had plans to release it that year. The file is in Japanese so I basically went to Wikipedia, copy the Japanese title of Rose of Versailles, and search for it in the file which it did come up in. So I don’t know Japanese, or how know to read it at best I’m guessing what the information actually says.

No information on why it was cancel either just leaving me to speculate out of thin air. The last confirm information I could find in English was from Anime News Network where it basically said it was still in pre-production. I’ve also read in the comment section on Odoruna.com where user ferichan claims that Riyoko Ikdea did an interview at a Italian convention talking about the movie. Unfortunately they provided no links to it so I can’t confirm if that’s true either. I never seen the original Rose of Versailles anime, but if this movie came out it would have likely made me want to check out the original series that much more.

Here’s a particular anime series that is significant for the sole fact it was the last anime to be aired on Japanese television in black & white. Chingo Muchabei was based on the manga of the same name by Kenji Morita which is a gag comedy following a Ronin who fights with a Umbrella. While the series was in production during the late 1960s at a time the anime industry made the switched to color animation. Resulting in it airing 4 years after it finished it production. Being broadcasted as quickly as possible since fewer, and fewer people were watching black & white anime at this time.

Would you believe Chingo Muchabei was originally conceived as a standard anime series before it was broken up into smaller chunks because it was ahead of its production schedule. This makes the mindset behind it’s scheduled released puzzling as well as other things surrounded it. If it was ahead production of its schedule why was it released 4 years later after it was completed. Questions like this will probably remain a mystery for Western anime fans. As for a DVD release of this series is listed on YesAsia for the low price of 200 dollars without English subtitles. One can hope some kind soul can fan sub the series since I wouldn’t mind seeing it. It’s my inner enthusiast for old animation that seeks it!

I would say the research was the hardest part, but honestly it was trying to find more information on these lost animes that was harder. If not for the fact there were sites, and bloggers covering it I would have been defeated, scrapped this post, and called it a day. A lot of information I found on different sites regurgitated the same information so attempting to add my own spin on things was also a challenge.

Not only that, but there also other entries I had to scrapped because they weren’t technically lost. Some of the animes I learned about I did discovered were released on DVD, but not officially subtitled in English so they technically aren’t lost. I only included Chingo Muchabei for the reasons I stated already, and that’s pretty significant I feel to share. I am amaze at the amount of lost media there is. Not just in anime, but in just about all forms in media you can expect. Doraemon for instance has enough missing media that anyone can make an entire blog post dedicated to it if they did the research.

I’ll call it here for now. I also owe a huge thanks to all the sources I used in this post, and their hard work in gathering this information. Without them these animes would have definitely lost to time. Sayonora folks, and see you in the next one!