A long long time ago, in the distant past of yesterday. Doing my usual activities of plotting my next plan for world domination. Something suddenly came over me, but I ignored it training my subjects of evil penguins. Once I went home, I was unable to enter my domain. Locked under a spell, I was given a great challenge. Something I only heard about in myths. These things called tags, and I got tagged by none other than Jenn from Welcome to Hell Zone. I got no idea what voodoo, or pop idol magic she used on my house, but I’m going to break it! So Jenn, thanks for the tag, and I accept your challenge! (epic violin plays me out)

So firstly, the rules of the tag!

Rules of the tag:

So what are tankas? I don’t know. I never heard of them before, but lets pretend I do, and let’s also pretend I didn’t copy, and paste this explanation from The Luminous Mongoose blog post on this tag either.

Tanka (短歌 tan-kah) poems are short poems that originated in Japan in the 13th century. They are five lines long and often convey deep feelings about nature, love, or desire. They usually have a structure of syllables that starts similar to haiku (5-7-5), but ends with two more 7-syllable lines, making it 5-7-5-7-7, for a total of 31 syllables.

I followed this quick guide that explained the core concepts of it, but for a TL;DR, here’s the structure of a tanka.

I gotta reach deep inside myself…I ain’t got no soul right now. One moment, gotta find me a penguin’s soul. Okay, now I got me a soul. Reach deep inside myself, and get poetic. This should be easy I said to myself a day ago, and here I am just now posting this. It was a lot harder than I thought it would be. Didn’t help that Jenn’s, and The Luminous Mongoose tankas were so good. I chosen three of my favorite animes to do my tankas on, and hopefully they’re good enough to break the spell. I really need my coffee! 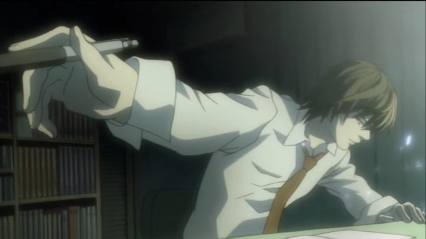 Trying to find myself

Becoming further from myself

I am, the light outside 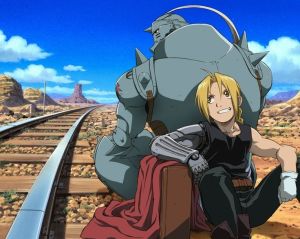 The past I won’t forgive

Form a link between our hearts

Hold your hands out to me

We push on together

On a desk, a bear sits

Alone, but filled with love

In the distance, another soul

What tripped me up on these tankas were the syllables of all things. I wanted to keep in spirit, and so I tirelessly edited them all until they were all within 31 syllables. The hardest to work around was Cardcaptor Sakura. It was too good to give up on, but in the end I found a way to make it work. Also, I wanted something sweet, and simple to end my series of tankas on.

Now time for my targets. I would have tagged another user, but according to him on Twitter. He’s currently on the path to reaching godhood building his harem. So these three will do nonetheless.

Nenha senpai – Here’s a guy who puts in serious work into his reviews. What I like most his blog is the variety of thing he covers, and all with the same amount of effort. Also, this will help you remove some of those spider webs you mentioned in your Akira review.

TPAB – Here’s a guy I haven’t seen in my feed for a while. I’m very jealous of what I’ve read of his body of work. The man knows to analyze, and critique anime. Just do what you typically do TPAB; takes the pants off, and get those creative juices flowing!

Yomu – I recently started reading his stuff, and quite enjoy the posts I’ve read so far. Also, having read a bit of his collab commentary on Divine Gate (as of the moment of this writing) he’ll be bursting with inspiration from such a well written anime as that one.

Now that I have completed the tag, now time to back get into my house, and it’s still locked. Who did it this time? Huh, a note from Ai Enma? “I know who you were with!”. Oh well, until the next tag folks.

I’ve decided to do this on a whim. I hardly deviate from doing reviews, or giving general thoughts on series/OVA so this would be something quick, and fun for me to do. You gotta give in, and join in on the fun sometimes. I also found plenty of other bloggers post on building their harems. Have to admit, it was a good way to find to new bloggers to follow, and learn about what their harem choices. Alongside that, it’ll be a good short break from researching what book I should read next after I recently finished a novel called Pachinko by Min Jin Lee which I highly recommend if you enjoy a good family drama. So yeah, the rules I was too lazy to retype.

The ‘Build A Harem’ Tag Rules:

Okay, I can follow most of these rules. As for who nominated me, no one. He has good blog. I recommend it, especially his post on cross dimensional selfcest where he gets philosophical not only using the Bipolar Magnetic Reversal Theory, but the Theory of Relativity to explain its appeal. I also didn’t choose my harem picks by archetypes. I just simply chose who I wanted the most if I was the protagonist of a harem! The last rule I’m not sure I can oblige with. A lot of online friends that I know who do make content do it YouTube instead, and only one of them I know actually has a wordpress account. So I’ll just tag Miasama on here, and on Twitter whenever this goes up. So future me, don’t forget to tag on Twitter! I command thee!

My last pick is technically cheating since I skimmed through my completed anime list, and couldn’t think of another anime character I would like put in my Harem. I did consider Edward Aleric since I could simply seduce him to transmutate himself in my liking. It would work, temporarily XD

Last thing before I post this so the man himself Bobsamurai, and his Discord server could mock me in a secretive, cult like meeting. I put the picks in alphabetical order. It’s easier to organize them like that. As sang in a One Ok Rock song, lets do this Taka! (and I don’t know anyone name Taka)

Starting off this list is Hell Girl herself. This one, I’m not sure honestly what I see in her. Could be the mysterious aura that surrounds, her stoici expression as she judges anyone who crosses path with her, or it could just simply be her red eyes she’ll stare right straight into your soul whenever speaking with her. I don’t know about you, but Ai Enma comes across as someone who I can have a deep discussion on humanity, and how evil it can be at times. Cause you know, I like casually deep philosophical discussion on the nature of man. No matter how terrible a date with her can end up, or how badly I mess up on anything I can rest assured knowing she has seen far worse in her than me. In her eyes, that’s a Hell of a lot better than Hell.

The first animated character in anything that made me think “Hey, that’s a good looking animated character”. So aside from her beauty which honestly I considered unmatch any other anime character I’ve seen. Her strength, her courteousness (that’s a word right?), chivalrous, and a kind soul underneath her rough exterior. These traits is what always kept her in my mind, and made her unforgettable. Now out of the dozen, or so Fate series which one do I like the most? Obviously the Fate/Zero version wins it out for me. It what made me like Saber a lot more than I actually thought I would. 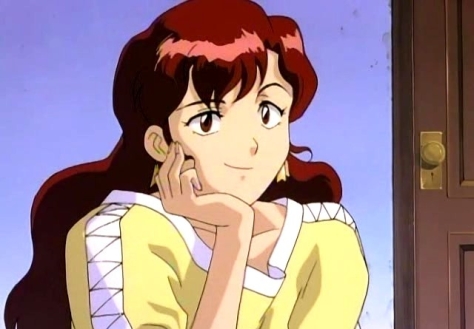 I guarantee you this is the last character whose name starts with the letter A in this harem. One aspect that makes Ayaka Kisaragi appealing to me is obviously her character design. She’s a nice looking lady all around, especially her long red hair. She’s the kind of person who knows how to have fun drinking sake, singing karaoke, and fighting against vampires with her lipstick lightsaber. Despite being in debt by the end of every episode there’s a lot of charm to her, especially off duty antics which makes her my kind person I would like to take to a bar, and drink the night away. Also like her, I hate getting out of bed early, and have like a dozen or alarms to wake me up. Even when she wakes up out of bed looking like a mess, I still think she looks good.

Yep, another stoic, supernatural lady get thrown into this mix. This time it’s a vampire with fire power! However, unlike Ai Enma who simply answers the call of those seeking vengeance. Miyu Yamano actively goes out into the world, and kill demons causing harm to human. What draws me to her is something even I’m unsure about. Could be the fact that despite her hardly showing much in the way of emotion she deeply cares about her friends, and the victims who are unfortunate enough to get killed by demons. It’s that kind empathy that she can still muster up after who knows how many decades of killing demons that I like about her. Always caring to help other in need in her own ways. Well, minus a couple exceptions of course she should have intervene sooner. Back to positives! She never takes her duty lightly, and strong beliefs she sticks with, but she also takes time to have fun whenever possible. Whenever she actually does smile, she’s pretty cute. She’s like much more mature version Ayaka Kisaragi with the added bonus of if Miyu ever does eventually call off the relationship. She has the ability to put me under a spell, and put in a dream state making me think we’ll together forever as she sucks my blood…and presumably something else if you catch my drift 😉

So what makes Kanna stands out among the rest here? To be honest she’s actually the most normal pick out of my harem. By normal, I of course mean she has advance ESP, and is capable of predicting the future to a small extent, she can bend spoons with her mind, and even once strangled a woman without touching her. They don’t call her the Ice Queen for nothing. What obviously draws me to her compare to the rest of my picks is she’s easily the most down earth with her personality. Family is very important to her, she loves rock n roll music (high five Kanna), she likes to eat ramen, and is one fearless woman. You know a badass character when you see her actively going up against a terrorist group, and stopping a war between two large gangs for the greater good. Most importantly though, I have the best chances with her than anyone else I chose.

Well those were my picks, and I actually surprised myself with who I ended up putting into my harem. As for nominations. Huh, I’m not sure, but I’ll try to think of something.

1. Miasama of Grye Media; cool dude with cooler beard. I nominated thee by the power of Bob!

2 Gaurav of Random Blog; I know you just started your blog, but like the famous saying goes; Pikachu! I choose you!

3.  Zainou of This Title Is Not Acceptable; Does plenty of interesting discussion post, and enjoy his posts on old anime. Plus, I know he dislikes Isekai so this should be fun muahaha

4.  Archernar of Just The Howling of The Wind

So that’s all folks. You got to the end. A plus. You winner. What else do people say? Ni hao, and see ya later.