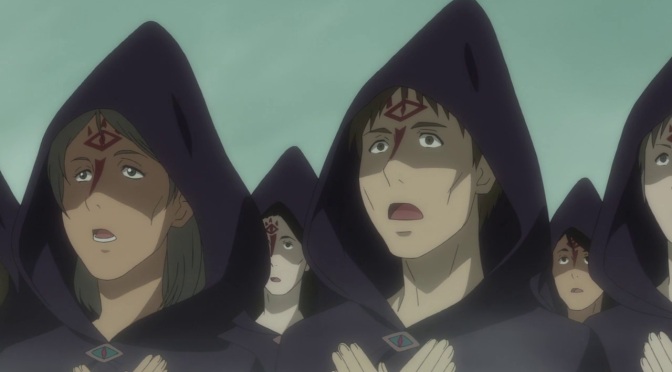 They have returned, the tag posts! This time, the resurrection is all thanks to Average Joe tagged me twice in his Brotherhood posts ensuring he had an entire post dedicated to answering all his questions. I still got a dozen questions to unanswered my membership gets fully accepted. Firstly the rules.

Well I still have one more Brotherhood post to finish up, and that should add up to 10 when multiply by the power of 7. Until I get that massive post done, lets get to the questions.

What western produced cartoon do you think would work best in an anime format and why? Things like Steven Universe, Miraculous Ladybug and Huntik. 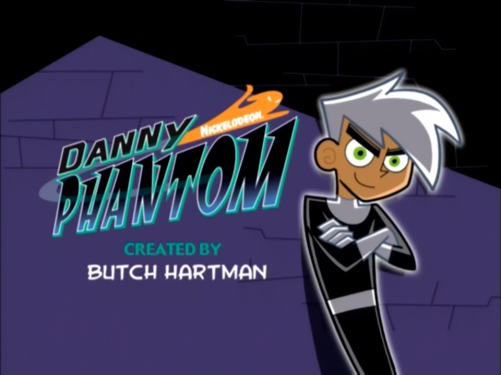 A western cartoon I feel would work better in anime format would be Danny Phantom. From memory, I recall it having great potential, but being restricted to a kids station I felt it didn’t make use of it premise like it could have. Besides the change in art style that would allow it to show some more grotesque ghosts. It would greatly benefit from being able to explore darker material. Something like seeing the ghost dead relative, or a spirit with a traumatic backstory I feel like would allow to touch on broader subjects.

Another advantage I could picture is the whole horror, and action element of the series turning out better. On Nickelodeon, they tend to favor comedy. It did make Danny Phantom enjoyable, but it didn’t feel like anything special to what else was airing on their channel. In anime, sure it’ll still have the comedy, but in anime with less restriction an attempt at horror I’ll take over none at all. Plus, phantom planet is something I can live without.

What novel series (western of manga) do you want adapting into a movie or show? Like The Hunger Games, Edge of Tomorrow and almost every anime we currently have.

I can’t think of a novel series I feel could be adapted into a movie, or tv series. Nearly all the novels I read are standalone. However, I do feel like the novel Pachinko by Min Jin Lee would work fantastically as a tv drama. It follows a Korean mother who leaves her homeland for Japan, where her children and grandchildren will be born and raised; yet prejudice against their Korean heritage will prevent them from ever feeling at home in Japan. Covering a wide range of issues like identity, tradition, racism, pride, and other such topics I feel would benefit greatly in TV format. As a TV series, it’ll allow the series to explore are the subject matter Pachinko touches on without making the viewer feel like it all too much to comprehend like in movie format.

I doubt it’ll get any kind of on screen adaptation, but even if it doesn’t it’ll still be my third favorite book of all time. Fantastic characters, great in depth theme exploration, and nice handling of its ambitious story culminate into a book I wouldn’t re-reading anytime soon. Of course, I’ll still take that TV series please! It needs more affection!

What candy is your favorite and why? Mine’s Warheads because… I like the pain I guess?

Skittles without a doubt. When I can’t eat an actual Rainbow, Skittles are the next best thing.

What fictional universe would you most want to live in and why? P.S. You would be integral to that universe like a MC or SC. Mine would be How not to Summon a Demon Lord because ELVES! Also it’s the closest thing I can think of to Dungeons and Dragons.

Looking through my MAL I have to say the world of Mahoujin Guruguru (2017) would be fun. It’s already bright, and colorful, but the inhabitants of it are very silly. I also like they go against plenty of traditional fantasy tropes so alongside laughing at some of the character designs there’ll never be a boring day for in this world.

In an essay of no more than 300 words, if there were any anime you wish had been written differently, what would you have written? I’ll find this one interesting. 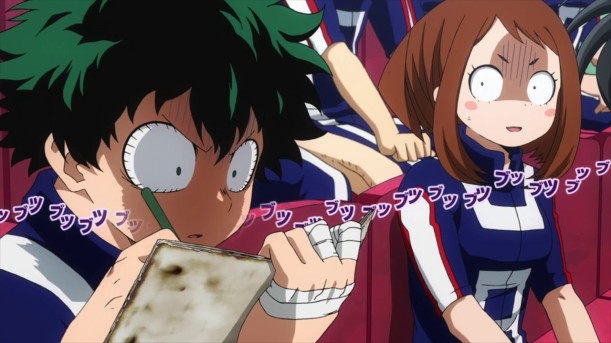 This is going to surprise no one Discord who reads this (yep, probably Axel I bet), but My Hero Academia I would rewrite. One thing I would change is ensure Deku doesn’t have any powers for the entire story. In my version, All Might reprimand Deku telling him there’s a difference between recklessness, and heroism after he makes a situation worse in episode 2 of the anime. Shoving the point in Deku can’t be a hero.

Deku would be moping around until he discovers some letters written to his father. He discovers his father was a police officer, and reading countless of letters people calling his father their hero makes Deku learn you don’t need powers to be a hero. Something I feel the anime series does is equate heroism with having powers.

Que the training montage, and hitting the books. He takes the same course as in the anime series, but the difference is he fails despite showing courage, and is put into the Support Class of UA Academy. Here is where Deku meets other in the same position, but with less than desirable Quirks. Soaking in he’s not alone in the ridicule in the world around him. He makes quick friends with Mei Hatsume passing test after test. I’ll retain the sports festival, but have Deku loose again. He graduates, and works as a police officer like his father did. After that, he would be up against a bomber who happens to be Bakugo.

My version would end a decade later when Deku is in his late 20s, and married to Mei. He gets a visit from All Might at his house saying he was wrong. “In a world filled with superpowers I had thought true heroism has been lost. You proved me wrong” would be his exact words. All Might offers Deku his powers, and some more trainings to ensure he can handle it. Deku accepts, but only after he spends one more month being a father to his son. All Might agrees, and leaves. Ending on a shot of Deku entering a warm home with his proud child hugging him.

(The above is over 300 words, but couldn’t fit it under that so take that as you will.)

Who’s your Waifu or Husbando and why? Look I had no more ideas ok?!

I made a post about who I would put into my harem. Yes, even someone like Hell Girl who takes people to Hell regularly made it onto that list. Hey, it works for me.

What job / profession would you want to have an anime based around? This can be any profession, whether it be your own or not, and explain how it would be an anime of sorts. Think something like a Blend S set in a café etc.

I guess food processing speaking from personal experience. Turns out to be a lot weirder than I thought it would be. If it’s not the co-workers telling me where I can buy animal semen there’s something always going wrong. Be it a pipe that is inches from hitting a co-worker on his shoulder, or me turning my back for a couple of seconds to do something, and that person getting into a accident that quickly. Don’t get me started on the people, I could be here all day about my work place. Exactly why I think it would make for a good comedy anime!

In a format of around 100 to 200 words. What anime character do you feel is overrated and why? 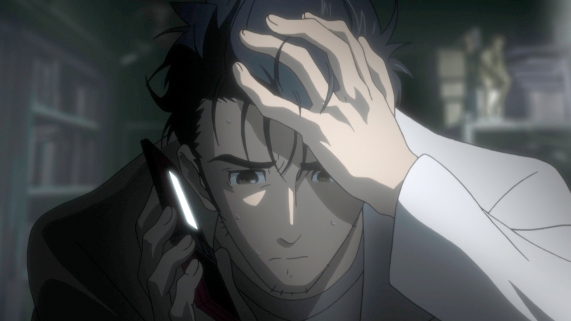 I have to go with Rintarou Okabe from Steins;Gate. Mostly because I felt the writing did him a major disservice making him unintentionally come across as a dick. He goes to countless of worldlines to ensure his waifu is safe, but doesn’t bother creating a timeline where everyone is happy. So *Spoilers Begin* Ruka still ends up being a dude to his dislike, and Rumiho is still fatherless all because Okabe wanted his waifu! *End Spoilers*.  I don’t even like those two specific characters, but what a dick move undoing other people’s happiness so you can have your own.

Also, how in the world did you program a message in episode 23 to play after a specific incident happens in a worldline out of your control! That’s so specific it hurt my brain. Most importantly why wouldn’t you have the phone message play knowing full well the possible catastrophe at hands if you fail! Don’t get me started on the happy ending which made it feel like Okabe learned nothing on his journey. Again, the writing did him a disservice.

If you could erase any song from history, what song would it be and why?

I haven’t listen to the radio for over a decade so I don’t know what’s popular. Depending on how you look at it my sister listens to the radio, and out of everything I heard from those drivel air waves I would erase would be “Wrecking Ball” by Miley Cyrus. It’s just a boring pop song I hear a lot in adverts. It’s already maddening knowing someone as talented as Josh Ramsay from Marianas Trench biggest hit will be writing Carly Rae Jepsen “Call Me Maybe”. A world that eliminates the lyrically uninspired, and instrumentally dull “Wrecking Ball” from Miley Cyrus is a world worth dreaming about.

What’s your favorite Dere and why? Yandere, Dandere, Kuudere etc. (Also who from that dere do you like?)

I would say Kuudere if my harem is any indication. What I like best about them is probably their growth if they get any. Seeing a Kuudere break out of their cold exterior to express more emotion is easy characterization, but I find it enjoyable. These type of characters generally don’t grate on me, even when done badly. Other than Hell Girl, Miyu Yamano, and Saber there’s also L from Death Note, both Levi and Mikasa from Attack On Titan who turn out to be cool characters with some awesome moments. My favorite of these would be Saber. She looks good in almost everything I’ve seen her in, and she’s a pretty good sword fighter. A winning combination in my book.

Here are you’re questions which won’t be used against you if you ever back out of the Brotherhood.

These wonderful folks have yet to join the Brotherhood, and the questions!

I could have gone on longer writing about my rewrite of My Hero Academia, but those were the main bullet points I would have kept. The ending I can understand some viewing it as counterproductive to the entire story, but had (and failed) to keep it under 300 words so details were left out. What you gonna do ¯\_(ツ)_/¯ . I am considering doing a post about it, but at the same time that means spending on something MHA

Before I continue babbling on like the robot I am I shall make my exit, and return to the mundane that is typically my not so normal life. I’m currently in the process of preparing for the worst that will be the remainder of the year. This means family visiting me. Oh boy, with Halloween around the corner that is scary! Well, future me will deal with it when the time comes. Until next time, insert a clever closing here.

13 thoughts on “Casually Joining the Brotherhood of Average”