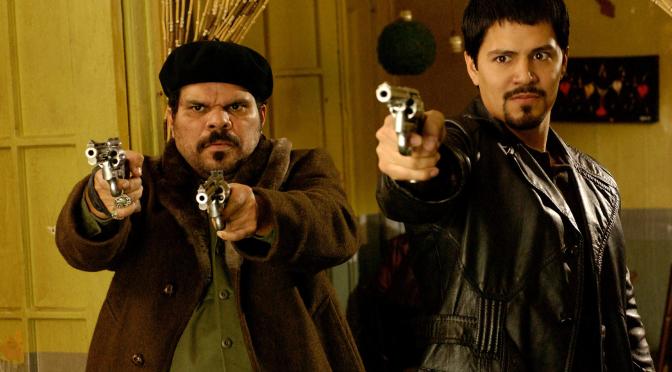 If it wasn’t for the Carlito’s Way collection set I would have never known about the existence of the prequel. Now a prequel in this case makes some sense exploring more Carlito Brigante life and diving deeper into how he became to be the man he went on to be is by no means a bad thing. Unfortunately this prequel does very little in terms of developing Carlito Brigante further than what was already established in the original Carlito’s Way.

Carlito’s Way: Rise To Power is set in the late 1960s, follows Carlito Brigante emerging as the heroin czar of Harlem. Much like the original its heavily driven by dialogue, but the narrative path taken is strictly linear. Following the routine of a standard crime film the script does not bring anything you haven’t seen before to the table; you have a young criminal rising to power, the wise and well spoken mentor, to the old and angry Italian wiseguy who doesn’t like young punks, romance with a street wise woman, and many more crime film tropes. Going as far as showing the outcome of the climax like it predecessor in the beginning of the film. Unoriginality only begins to scratch the surface of problems. Characters are entirely new without a single one created in attempt to bridging the two films. These new characters are written with good intentions, but the interactions between them is predictable. One new character upon being immediately introduce is utterly unlikable only to become a driving force for the film narrative. At no point is this character downfall ever tragic because by design making the film most unlikable character have emotional weight does not work. This same notion works with the rest of the film. You have a standard setup or plot device with a predictable outcome appearing superficial only to become a major part of the story serving it weakness. Story elements are often half baked, generic in execution, and empty of any risks. The film’s ending is easily the biggest drawback of the story. With this being a prequel it fails to show exactly how Carlito Brigante went to jail for a force happy ending. At no point does this prequel help pave the way for events of the original “Carlito’s Way”. By the time the climax comes you will truly feel just how unspectacular everything turned out to be.

Jay Hernandez who played Carlito does a decent job, but if you are looking for the intensity of Al Pacino, it won’t be there. Hernandez’s smoothly understated performance and the colorful presence of Mr. Van Peebles performances are better than the film itself. Sean Combs give sa moderate performance looking directly at the camera and delivery over the top lines to the best of his abilities. Luis Guzman (also in the original Carlito’s Way) was entertaining as the nutty hit-man. His casting in this film is a huge problem not only does he play a completely different character, but it adds confusion seeing an actor from the original breaking continuity and comes off as goofy that Carlito would meet two people who look and act exactly the same. Mtume Gant comes off as annoying, but that’s mostly to blame on the material. If anything Mtume Gant is quite good making his character as unlikable as possible. It’s a shame the material didn’t offer him any scene to show of his character good sides. Aside from poor writing is director Michael Bregman is too blame for this lifeless prequel. Wait why does that name sound familiar…he was a producer on “Carlito’s Way”. In that that case his directorial effort is awful. Every scene is just plainly shown without a personality or any kind style behind the camera. Michael Bregman simply films a scene and that’s it. No emotion, no eye for details, nothing that conveys the interest from Bregman. Everything is comes across more lifeless than the characters killed in this movie. Bregman might have worked on the original, but chose not to retain anything that worked in Brain De Palma film.

Carlito’s Way: Rise To Power fails as a standalone film for staying closely to the genre routine without an attempt to be different and as a prequel fail to connect the dot to its predecessor in any way. It fails in these two areas even more so taking into account that with a failure to expand upon a beloved film in any area. It’s just about as superficial as a prequel can get.